No stranger to what a Skyrunning race entails… Niandi Carmont donned trail shoes, waterproof jacket and spent a couple of days in Wales with Kirsch Bowker (race RD) and a hardy bunch of fellow enthusiasts to experience what the V3K will hold for ‘Skyrunners’ at the end of June this year.

I remember her words quite clearly as I phoned her after the first day, ‘How did it go Niandi?’

‘OMG this is one serious serious Skyrunning race… I didn’t know we had course ‘THIS’ tough in the UK.’

How did you get involved in race directing?

Through V3K Ultra! I’ve had a great deal of support from experienced race organizers and from theFRA (Fell Runners’ Association) and UK/Welsh Athletics all of whom have guided me and from our tight group of volunteers, especially Joe Sawyer our Technical Director.

This is the 3rd edition of the V3K – how did the race start?

It evolved from 3 vegan friends committing to complete the Welsh 3,000s in June every year. Then in 2012 we invited others to join us, changing from a social run to a race, “the first vegan ultra in the world” (we believe), those taking part going vegan for the day. When Chloe, Andrew and I made that commitment we had no idea that our annual pilgrimage would become the first Skyrunning race in the UK with competitors travelling from as far as China to take part!

Can you briefly describe the course profile?

The course is 55km with over 4,000m of ascent. You climb over 1,000m in 6km to the first peak Snowdon (1085m), then across the two most technical ridges of Garnedd Ugain (1065m) and Crib Goch (923m). These are knife -edged arêtes that are very exposed and certainly only suited to those without a fear of heights! From there you have a pleasant descent into Nant Peris and your first aid station.

The next 3.5 km climbs 1,000m of grassy slog/bog to Elidir Fawr (924m). Then enjoy the sweep over Yr Garn (947m), ascent to Glyder Fawr (1001m) and Glyder Fach (994m). Then another technical ascent and descent of Tryfan (918m) which requires full concentration for the huge boulders. From there descend to Ogwen aid station. The final section of Pen-yr-ole-wen (978m), Carnedd Dafydd (1044m), Yr Elen (962m) Carnedd Llewelyn (1064), Foel Grach (977m), Carnedd Gwenllian (926m) and Foel Fras (942m) crosses the Carneddau, which has less technical ground and more grassy sweeps which are ideal for the tiring runner.

The race finishes in the pleasant village of Rowen in the Conwy Valley.

You mentioned that the course is part of a very old hiking trail. Can you tell me more?

The first recorded traverse of the Welsh 3,000s was led by Eustace Thomas for the Rucksack Club in 1919 although the challenge is thought to be older than that. Since then it has risen in popularity with some seeing it as a once in a lifetime achievement and others making annual pilgrimages. Even as a walk it is a tough challenge to complete in under 24 hours.

What type of runner do you hope to attract to your event?

Obviously we hope to attract runners who have the technical ability that our gnarlier sections require and the stamina and speed to complete within the cut off times. We’ve been lucky enough to have very friendly runners who are jolly and smiley even through the toughness, we’d love that to continue. We want folk to enjoy their time in Wales!

What type of training would you recommend for the V3K?

Hills, hills and more hills with as much technical ground as you have access to. We’ll be having two more recce days in May over the most exposed section, Crib Goch (a knife edged arête) to get folk accustomed to the exposure and technical aspect.

The V3K is now officially part of the UK Skyrunning series. What does this mean for the race?

This has been an enormous honour for us, a confirmation that our V3K Ultra route is an equal to some of the very best mountain routes in the world and that our dedication to the route has been rewarded. I’ve watched Skyrunning from afar, to now be a part of it is amazing.

What kind of weather conditions can runners expect on 28 June? Anything… and everything all in one day! Snowdonia is synonymous with changeable weather thanks to its close proximity to the sea. Last year’s race started with rain, clag and a breeze strong enough to lift an aid station gazebo into a nearby field, but by midafternoon it was baking hot sunshine.

The personal record for the route is 4.20. When was it set and by whom?

This was set by Colin Donnelly in 1988 you can see the video here http://vimeo.com/79447455 . The record is set from the first peak, Snowdon to the last Foel Fras, V3K Ultra includes more mileage and ascent/descent but it remains an absolutely remarkable achievement.

The race takes place in Snowdonia, a lovely part of Wales – what are pre and post-race attractions for international runners?

Rowen (the finish) is possibly one of the prettiest villages in Wales, small friendly pub and beer garden next to a babbling stream, pretty cottages with wonderful flowery gardens and best of all friendly locals. Within Snowdonia itself you have easy access to ancient castles, excellent mountains, the longest/fastest zip line in Europe, great places to eat, hundreds of lakes, rivers for kayaking, hundreds of miles of forest trails, mountain bike trails and we’re close to some amazing beaches… all really easily accessible.

What type of accommodation is there for runners?

We have exclusive use of a campsite next to the finish and race headquarters where the briefing session takes place. There are also a number of B&Bs, hotels and a YHA in the village. More information here

Is the race easily accessible by train/plane?

Yes, flights to Liverpool or Manchester then trains to Llandudno Junction, there are regular buses from Llandudno Junction railway station to Rowen, the last bus is at 11.15pm. Taxis are also available outside the train station.

V in V3K is for Vegan – can you tell us a little about the Vegan running community?

Vegansim is a way of life for many of us; we don’t use any animal products, that means no meat, eggs and dairy but also no wool, leather or silk. For some it’s because they feel a vegan diet is healthier, others because evidence shows veganism is less harmful for the environment and for people like me because we want to cause the least amount of harm to our fellow beings regardless of their species. Being a vegan, whether a runner or not opens up a global community, in many corners of the world there are vegans who organize social events, meals and of course runs!

3 words to sell your race!

Images from the recce weekend: 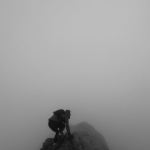 The principal aim of Skyrunning UK is the direction, regulation, promotion, development and furtherance of Skyrunning activities on a UK basis via the Skyrunner UK & Ireland Series.
View all posts by Skyrunninguk →
This entry was posted in Uncategorized and tagged bowler, Skyrunning, skyrunning in the uk, skyrunninguk, Uk, vegan, vekm recce, wales, welsh 3000, welsh3000's. Bookmark the permalink.