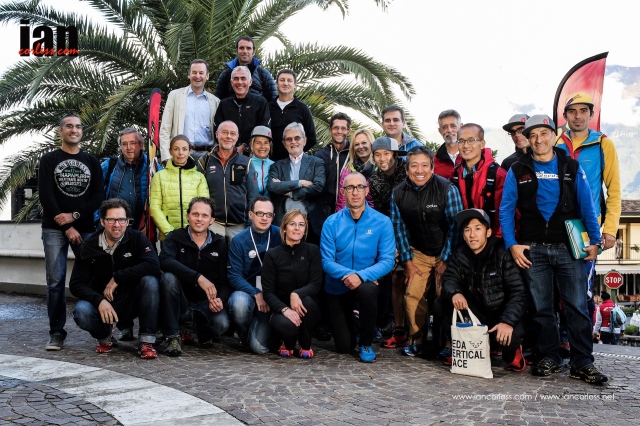 The UIAA announced its partnership with the International Skyrunning Federation (ISF) which signals the arrival of the ISF as the first sport federation to become a unit member of the UIAA.

The ISF – based in Biella, Italy – was founded in 1995 to promote, govern and administer the sport of skyrunning and similar multisport activities. Skyrunning is defined as mountain running above an altitude of 2,000m where the climbing difficulty does not exceed grade II and where the incline is over 30%. The ISF undertakes its responsibilities for the sport of skyrunning with respect for the environment, promotes private and public sport events, develops training schools and fosters the medical and physical welfare of competitors. An integral part of its international calendar is the Skyrunner® World Series & Continental Championships, held across five continents.

The ISF will continue to administer the sport of skyrunning, competitions and events as an independent international federation with its own legal entity. Together, the UIAA and the ISF will jointly promote the integration of mountain sport associations under one roof.

In becoming a unit member association of the UIAA, the ISF will acknowledge the values of the UIAA and will work with the UIAA to promote the growth and protection of mountaineering and climbing worldwide.

Both organizations will work with the goal to improve their respective positions in the international sporting environment, in order to become stronger and achieve greater opportunities through the union of common interests. The partnership will officially commence on 1 January 2016.

The principal aim of Skyrunning UK is the direction, regulation, promotion, development and furtherance of Skyrunning activities on a UK basis via the Skyrunner UK & Ireland Series.
View all posts by Skyrunninguk →
This entry was posted in Uncategorized and tagged climbing, international skyrunning federation, isf, mountaineering, mountains, partnership, Sky, sky runner, Skyrunning, uiaa. Bookmark the permalink.