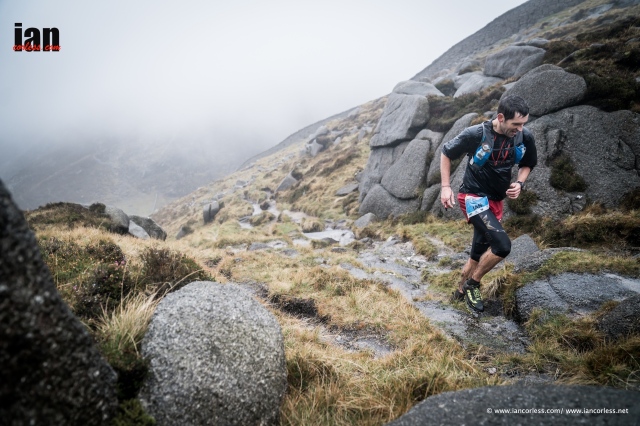 It was an epic day in Northern Ireland as the 2017 Skyrunning UK Series concluded at the Garmin Mourne Skyline MTR.

Misty skies, gale force winds, mud, rain, relentless climbing, technical terrain and an incredible field of runners made the 2017 Garmin Mourne Skyline MTR a tough one! Now in it’s 4th edition, the race has over the years been known for its tough conditions, many said, post race, this tear was the toughest!

Concluding Skyrunning UK’s 2017 calendar, the Garmin Mourne Skyline MTR really was a fitting end to what has been an incredible year. The course, organisation and the field of runners made this a special and unforgettable day in the mountains.

The addition of Ian Bailey, a previous champion of the race, it was always going to be a quick race up at the front, especially with Seamus Lynch toeing the line. In the early stages it was Lynch who lead the duo but with half the race covered, Bailey took the reigns at the front and never looked back forging a convincing lead. At the finish, Bailey crossed in 3:57:18, just over 10-minutes ahead of Lynch.

It was another 5-minutes before Ryan Stewart arrived rounding out the top-3. 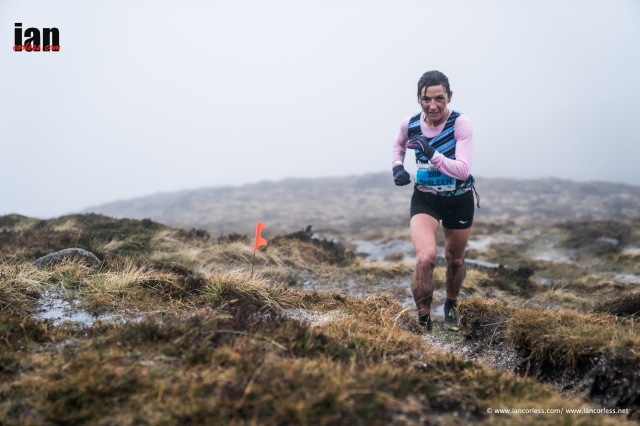 In the ladies race, Shileen O’Kane would bring local knowledge, fell running experience and being a participant in the last three editions, this would no doubt provide and advantage? It did! O’Kane pushed from the front throughout the race but she was constantly shadowed by Megan Wilson. The duo traded blows and on the climb to Donnard, it looked like Wilson may take the lead… O’Kane kicked though and descended to the finish line with almost a 4-minute margin over the Dark Peak fell runner, 4:56:43 to 5:00:09. Catherine Forsythe was the 3rd lady, crossing the line in 5:40:26.

The 2017 Garmin Mourne Skyline MTR once again established itself as a must-do race. The combination of location, local infrastructure, great organisation, enthusiastic locals and a brutal course will guarantee that demand will be high for the 2018 edition.

Covering 35km and a total elevation gain of 3370m, the Garmin Mourne Skyline MTR is everything a Skyrunning race should be.

Many congratulations to the 2017 Skyrunning UK Champions

They receive free entry into all 2018 Skyrunning UK races and the option to attend a Skyrunner World Series race from the 2018 calendar. 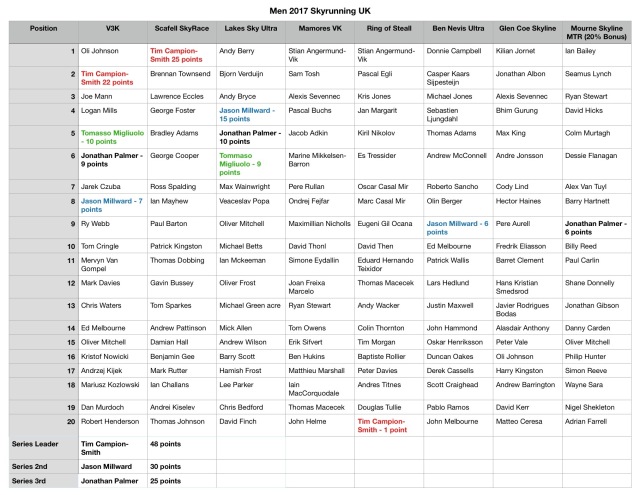