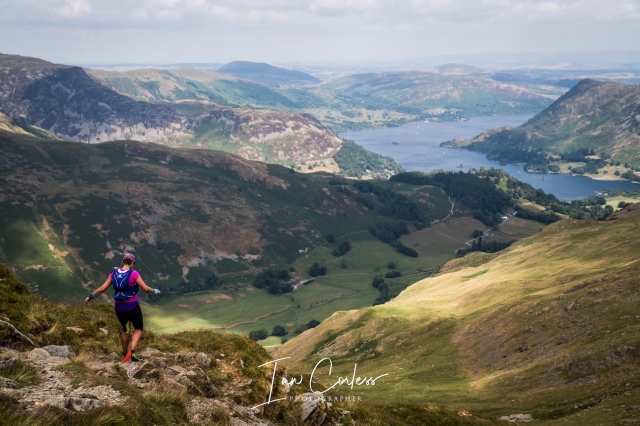 The 2019 Skyrunning Uk & Ireland National Series moves ahead at a pace in July with two races in close proximity, the Seven Sisters Skyline is precluded by this coming weekends LAKES SKY ULTRA.

New for 2019, Lake District Sky Trails bring us a revised event made up of 60km and a whopping 5000m of vertical gain for the second event in the UK & Ireland Series.

It’s a demanding race and one that requires competitors prove ability to take on a course that contains technical terrain and the infamous ‘Swirrals Edge!’

Starting and concluding in Patterdale, the route takes in a clockwise route of some of the Lakeland’s most iconic places that includes Winter Crag,  passing Angle Tarn, Blea Water before crossing the road at Kirkstone Pass. From here, the route goes to Ambleside and then upwards towards Hart Crag, Grisedale Tarn and then Nethermost Pike before then concluding back in Patterdale.

Charlie Sproson, the course creator says, ‘The Lakes Sky Ultra is officially the most extreme mountain running event in England.’

“You’ll need a good head for heights and nerves of steel. Runners are going to traverse three of the most amazing ridge-lines in the Lake District,’ says Sproson. ‘Beda Fell, remote and sublime, the bone shaking and very wild ridge of Long Stile Edge and the very alpine and rocky scramble of Swirral Edge.’

We’re talking serious ascent with some distance thrown in and this race is a seriously tough challenge for all those who toe the line.

New for ’19’ is the ‘KoM Super Stages’ – It’s a race within a race, and the prizes will go to the runners who can dig the deepest in the final fight to the finish in Patterdale.

Racing starts at 0600 on Saturday July 13th and the cut-off time is 2100. First runners are expected back in Patterdale around 1400 hrs. 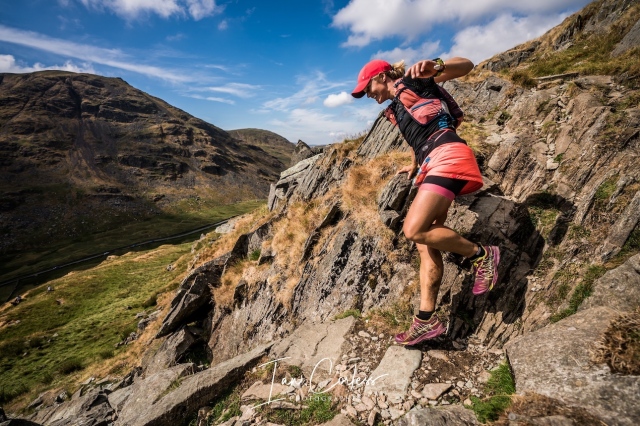 In the ladies race, Sophie Grant will be one to watch after excellent performances in 2018. For the men, Marcis Gubats, Andy Berry, Andy Bryce are three of the key names and the possibility of Brennan Townsend toeing the line.