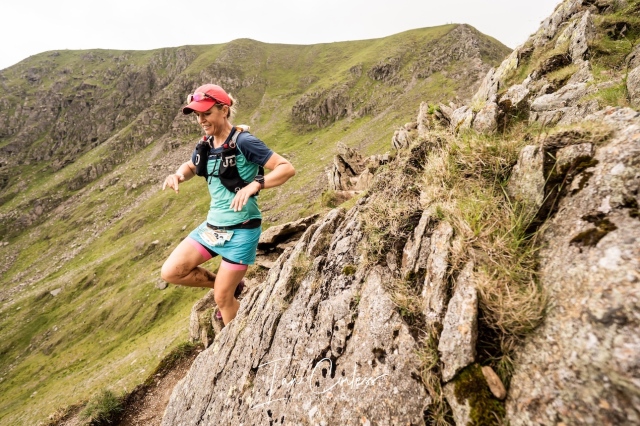 Andy Bryce and Sophie Grant gave two dominant performances on the newly revised Lakes Sky Ultra 2019, the second race in the 2019 Skyrunning UK & Ireland Series. Starting and concluding in Patterdale, the duo covered the 60km route with over 5000m of vertical gain in 8:46:18 and 10:27:07.

Starting at 0600 under cloudy skies, the heat and humidity of the day was masked, but it soon became apparent that it was going to be essential for all runners to keep on top of their hydration.

Andy Berry dictated the early pace up to place fell but all the main contenders were in close proximity and it was only when runners crossed Kirkstone Pass and started the climb of Red Screes that the main protagonists became apparent. 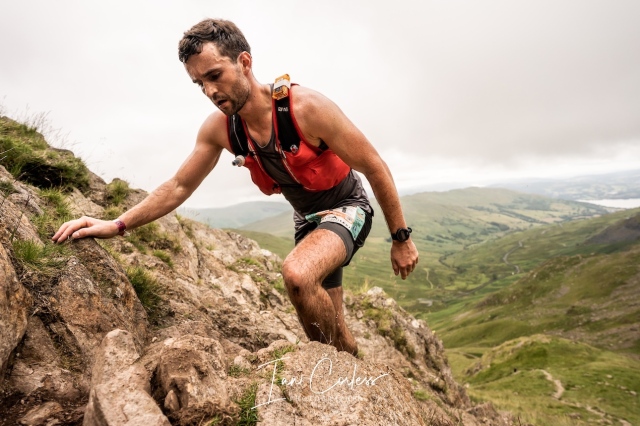 It was here that Andy Bryce showed that he was on a good day opening up a gap on the chasers of Philip Rutter, Andy Berry, Liam Mills, Marco Costelo and Simon Darmody.

For the women, Sophie Grant was already opening a huge gap over Kasia Osipowicz and make a dent on the overall top-10. Hanna Walsh running in 3rd was a long way back pacing herself for the tough challenges ahead. 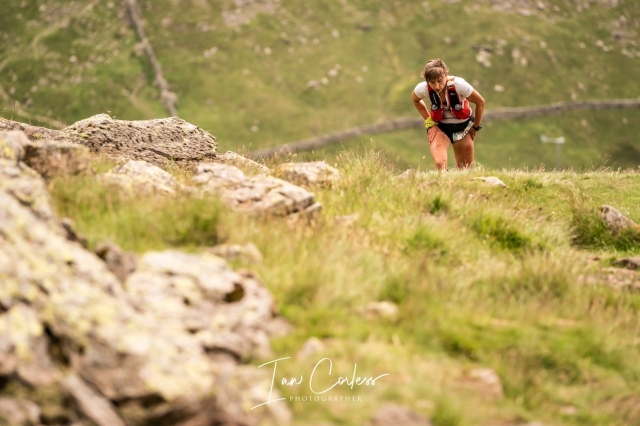 Ambleside provided a major checkpoint for the long climb up to Fairfield, the decent to Grizedale Tarn and then the climb to Helvellyn and the technical descent down Swirral Edge.

The front of the race looked set with Bryce looking strong, but Rutter was moving quicker and one wondered would the final tough 20% of the race bring a change at the front? At the line, no! Bryce held on for victory beating Rutter 8:46:18 to 8:49:05. Berry ran a solid and consistent day having lead from the front with a 3rd place in 8:57:03. 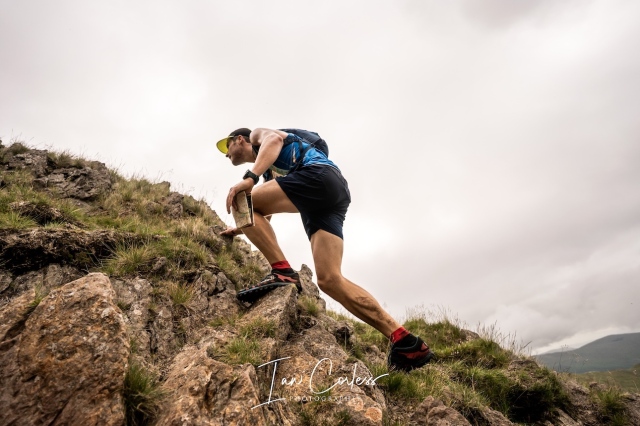