Posted on September 16, 2019 by Skyrunninguk

But the weather did not dampen the spirits of the runners. Post-race, the talk was all about the incredible course and experienced skyrunner’s commenting how this route is now the pinnacle of skyrunning in the UK.

“I have done Glen Coe Skyline twice and while I don’t doubt that Curved Ridge and Aonach Eagach provide exposure and challenges, what is between is very much boggy fell running. Not here in Wales, the route is relentless, technical and hard. Tryfan and then the climb to Crib Goch and the traverse are just so special – this is an epic route, it will become a classic. It’s now the UK’s best race!”

That sentiment was echoed throughout the day as runners completed the figure of 8 course with 3160m of vertical gain in 36km.

From the off, ascending the famous Snowdon Watkin path, Damien Gielty and Sarah Ridgeway, both pre-race favorites dictated the pace and before heading east to top out across the stunning Y Lliwedd ridge, the duo had convincing leads when at Pen y Pass road crossing.

A steep ascent to the Glyders and plunging down the technical Y Gribin ridge to the Ogwen Valley only confirmed the strength of Damien and Sarah. Behind, the men’s race was taking shape with Mike Lelliott moving in to 2nd. Behind though, David Searle, Oliver Mitchell and Luke Roberts were in a tight battle.

Tryfan, with a north ridge scramble, then technical, rocky and undulating trails back to Pen y Pass provided an introduction to the final part of the loop. For many, it was a feared (respected) west-bound traverse of the iconic Crib Goch ridge before the South Ridge off Snowdon’s summit leading back to the start/ finish at Nant Gwynant.

At Crib Goch, both Damien and Sarah had opened up huge gaps and they would hold these all the way to the finish. The duo completing the course in a stunning 5:22:51 and 6:24:16 respectively. In the process, they both earned entry for the Skymaster’s invitation event at Limone, Italy, that will take place in October – the world’s best skyrunner’s all in one place!

What an amazing performance by all three! Well done!

The Snowdon Skyline course was designed by race director, Michael Jones, he knows how to create an incredible, un-compromised race route! The inaugural Snowdon Skyline was a sure test with a grand tour of some of the UK’s most scenic trails, ridges and scrambles.

It’s set to become a classic! 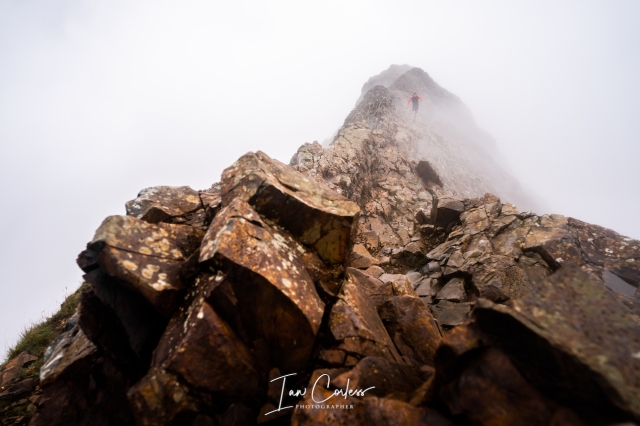 The mystery of Crib Goch