The 2020 Skyrunner UK & Ireland kicks off in March with a new event in Ireland, the Gaelforce Sky Run.

The 22km race is sold out and the words of Bridget Gavin of Gaelforce Events, “We have a waiting list of runners wanting a space, it’s a real compliment for the race and the UK & Ireland Series. We have 80 women entered of 270, that makes up 22% of the competitors which is very reassuring.”

There is obviously a great contingent from Ireland, Northern Ireland and the UK toeing the line, however, a look down the start list and it is reassuring to see entries from Germany, Netherlands, Poland, South Africa, Spain, USA, Afghanistan, Hungary, Austria, Chile, Lithuania, France, Portugal, Costa Rica, Italy, Belgium and Canada, the Skyrunner UK & Ireland Series truly has gone global!

Based in Connemara, County Galway, the race brings an early start to the UK & Ireland calendar. The 22km course takes runners up the western sections of the iconic Maumturk Mountain Range with a total altitude gain of 1372m over 4 peaks, the highest point being 605m. Wild and untamed mountains with virtually no trails and sweeping views of the coastline. It is a looped course with many testing climbs including the Col of despondency. The start/finish of the race is located at the Killary Adventure Centre on the shores of Killary Fjord.

Rachel Nolan who holds the current course record will toe the line and as such will be a hot favourite in the women’s race. Equally, Elizabeth Wheeler, Sophie Bubb, Ciara O’Neill and Isobel Oakes will be one’s to watch.

For the men, experienced Skyrunner World Series competitor and arguably one of the UK’s best sky runners, Finlay Wild will toe the line and importantly he has committed to at least 4 events in the 2020 series so that he will rank for the overall title. Lonan O’Farell raced on the 2019 edition of the Seven Sisters Skyline and will toe the line here against Finlay, he will be one to watch. Paul Tierney will also fiercely contend the podium. The start list also shows regular Skyrunner’s such as Jonathan van der Krogt and Juju Jay, to name just two of many.

How does one qualify for the series? 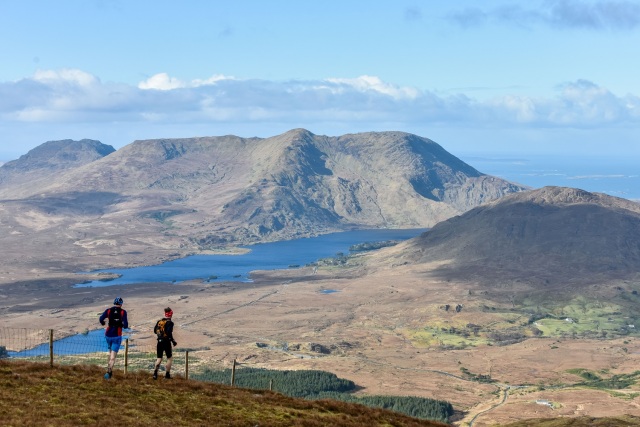 As a participant, you must run 4 events* and points are accumulated based on finishing position. The top man and woman at the end of the series is the one who has accumulated the most points. If a runner participates in more than four races, the best four results count.

Points are awarded to the top-20 men and top-10 women with all participants obtaining 1-point for participation.

* Please note runners based on mainland UK must run one race in Ireland and/ or Northern Ireland. Runners from the island of Ireland will need to race in at least one UK mainland event to qualify for the series.

Snowdon Skyline 2/3rd May (date to be confirmed) HERE